Learn why some NFT crypto art has sold for millions of dollars.

Most likely you heard that recently there has been an emergence in cryptoart. Most people heard of insane sums of money for which these art pieces are being sold. But what is it? Why are these art pieces so expensive? Who is buying them? What makes it different from normal art? Lets find out!

BTW, I’ve tried to buy into an NFT project, being a newb didn’t pay attention to details and I was scammed 2 ETH (over $5500 USD), read what happened and how You can avoid this and instead make 100x profit on your NFT buys!

Don’t want to read? Watch this tutorial as a video on your Youtube channel! Be sure to subscribe for the latest online marketing & advertising tips and tricks!

NFT stands for Non-Fungible Token. These cryptographic assets are stored on the blockchain with unique ID codes and metadata that link directly to them. Non-fungible means that the items cannot be traded or exchanged at equivalency. To better understand this Im going to give you an example.

Lets say you have a million dollars. You can change these dollars for around 925,000 Swiss Francs, or around 18 Bitcoin. These other currencies like crypto or regular money have equal value and thus are fungible.

For those same million dollars, you could buy a house, a few expensive paintings, a couple of rare Pokemon cards, and a postage stamp. You would spend the same amount of money but you can’t exchange the things you bought for the same money. So these are non-fungible.

The same goes for NFTs, even though they are crypto-based (due to being linked to the blockchain) they arent cryptocurrencies. In short, NFTs can be any digital collectibles that have a place on the blockchain.

What is Cryptoart and Non Fungible Tokens (NFTs)?

All cryptoart are NFTs but not all NFTs are cryptoart. Cryptoart is a subset of NFTs.

Cryptoart used to be closely tied to cryptocurrencies like Bitcoin and Ethereum. But in recent months and years, it has become accepted as any digital art that has been tokenized on the blockchain. You could say the definition of cryptoart is an art form that uses blockchain in its creation and/or distribution.

In simple terms, this means that digital art can be authenticated and owned, just like in real life. This has never been possible as digital art wasnt perceived in the same way as the physical one. But now things have changed and people to sell their work like never before.

Cryptoart is like having a letter of authenticity to the work. Everyone can see the images and download them, but only the owner can prove its his.

How and Where NFT’s Started

NFTs and cryptoart aint new. They have been around for years, but its only now that they have gained mainstream popularity.

The first time I heard of cryptoart was when a famous artist Beeple (@beeple_crap on Instagram) sold some of his works for a total of over $9,000,000! If you never heard about Beeple, here is what you need to know. He is an artist that has posted a new art piece every day for over 10 years. That is dedication! He never reached some mainstream success and earning millions was not even a possibility.

But recently NFTs have gained in popularity. He released a few of his artworks for sale and people started buying. His first image sold for $1 and soon people realized that these works of art are a collection and started bidding high on them.

His art pieces started gaining incredible value. His digital collage of 5,000 images, called 5,000 days is currently up for sale and the current bidding for it is at over $13,200,000!

Those are some insane numbers. But Beeple is far from the only artist that is making crazy money from NFTs!

What Kind of Other NFTs Are Being Sold for Record Amounts?

Anyways, the creator of Nyan Cat, Chris Torrest sold the NFT version of the popular cat for almost $600,000!

On Twitter, an artist posted a video of (probably) himself next to a Banksy painting print. He then set the print on fire. The print itself was titled Morons (white) and the artist bought it for $95k. But the NFT of him burning the painting sold for over $380,000

Jack Dorsey, the creator of the social media platform Twitter decided to sell his first tweet. The tweet just setting up my twttr is currently on auction. The highest bid is currently $2.5 million. Nice pocket change!

US rock band Kings of Leon released their new album When You See Yourself on streaming platforms. This is all normal and usual…except one thing. They also started selling their album as an NFT.

One of the earliest NFTs that gained popularity was CryptoPunks. CryptoPunks are simple 8-bit characters, 10,000 characters to be exact. These currently sell for around 10 ether a piece! Some rare alien punks sold for over a million dollars!

An artist by the name of Pest Supply made this satirical art piece in the style of Banksy. The art piece called NFT Morons Sepia Edition was sold for $900,000. Its a simple image with I cant believe you morons buy this NFT shit written on it.

The troubled actress decided to jump on the NFT bandwagon. She released a handful of portraits of herself for sale. Is anyone interested?

The controversial YouTuber Logal Paul dropped a set of 3,000 NFTs for the price of 1 Ethereum each. He sold over half on the first day and currently almost all are sold. With the current prices of the cryptocurrency, thats over $5,000,000 in sales!

Shawn is a musical icon. He got popular a few years back and he is still an acclaimed songwriter and singer. During one of his tours, he dressed in an embellished vest that fans loved. Well, he decided to sell a digital NFT version of that vest to his fans. I guess you can dress just like him in the digital world!

What list would be complete without a corporation ruining the fun for everyone? Taco Bell joined on and decided to sell a gif of their Taco. At least the proceeds of the sale are going to a foundation.

What Do You Need To Sell NFTs and Make Money With Them?

The whole process is not that difficult.

You need to create some digital collectible. It can be pretty much anything as you can see from the last section. But, lets say you want to create cryptoart. You could make an image, gif, video, or some music. It needs to be your piece. Not something copied from others.

You need to set up your Ethereum wallet. The Ethereum blockchain isnt the only one available but its the most popular one. So we recommend you use it, at least at the start. You need to have some funds on it as well. You will need these funds for transaction fees

Tokenizing means linking your work to the blockchain. This linking is the only thing that proves the ownership. As mentioned Ethereumis the most popular one but you can use any blockchain. Heck, you can even make your own!

Doing this is adding some extra metadata to your NFT. This extra info includes where the official digital asset is hosted (the link basically).

You can join some of the many platforms that are dedicated to selling NFTs and cryptoart. Some of the most popular are:

In the future, cryptoart will just be called art. But at the art, a lot of changes in the digital world are happening and there will be a lot of interesting developments in this sector in the future.

Currently, there are some controversies with cryptoart and NFTs. Some of them are for some big issues with the tech itself. And some are more environmental. Each transaction requires some computing power to process, and crypto is a big spender of electricity. In turn, these NFTs consume a lot of energy and pollute the environment.

In any case, this tech will evolve a lot in the coming years. NFTs and crypto art will evolve with the tech. Blockchain is probably the future, and so this type of art will have a permanent place for decades to come. The market is a bit unstable at the moment and it seems like a big bubble of rich people throwing money at each other. As always if you believe in it, invest in it. If not, stay out of it! But one thing is for sure, NFTs are only getting bigger! 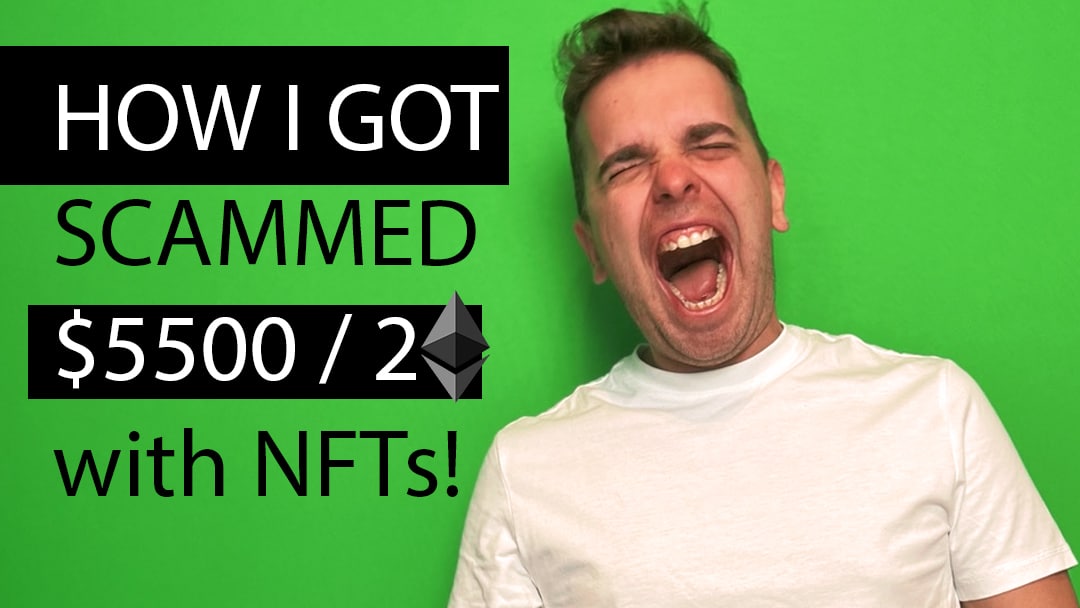