Queenie Tan is 25-years-old. She and her partner have a combined net worth of $470,000. Far from the millennial clich of being financially unsavvy, Queenie has made it her business to not only be a smart spender and saver, but an educator as well. 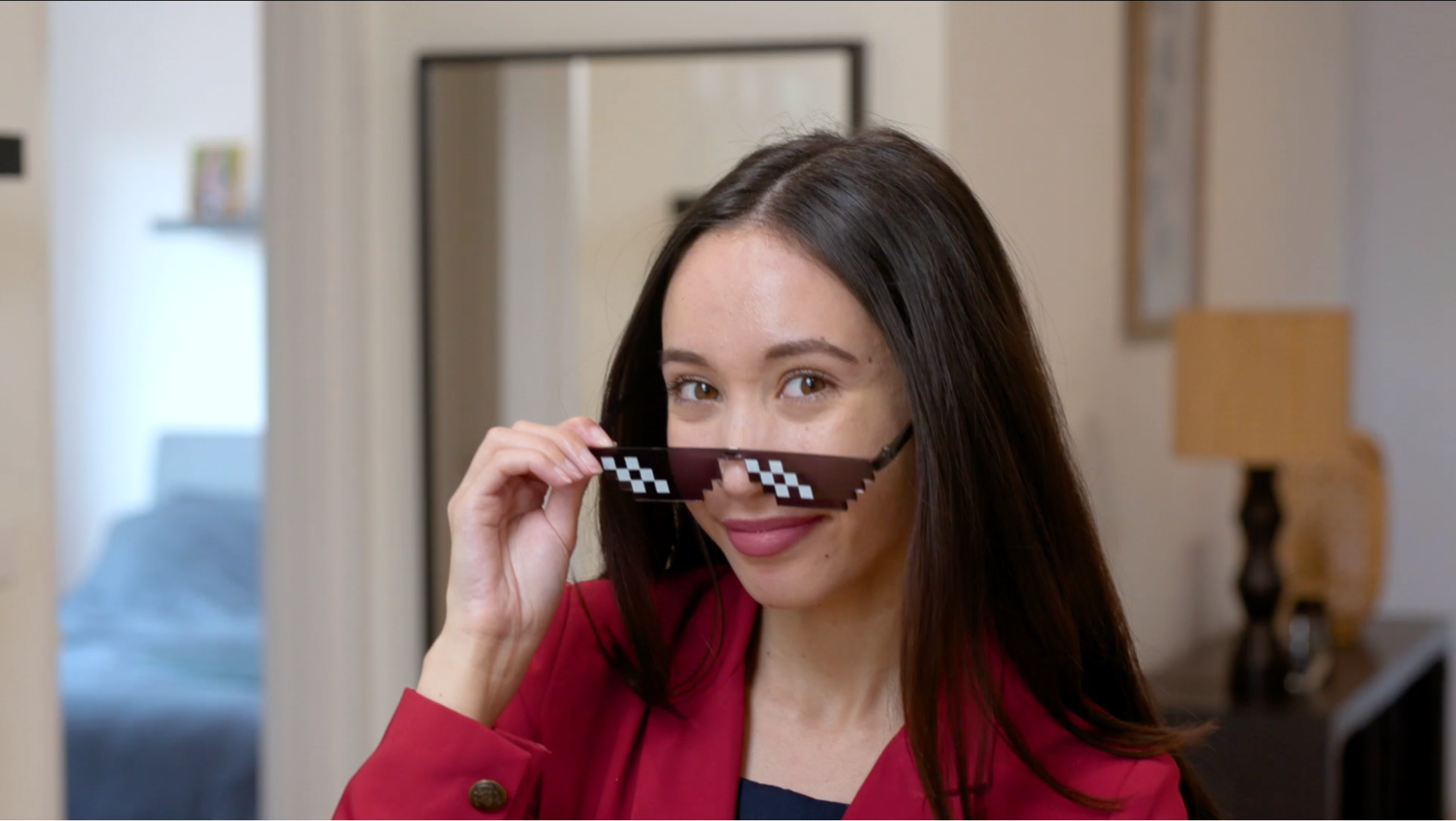 Some topics that I cover on my TikTok page include first home buyer tips, property tips, perhaps some investments that people have never heard of, she says.

I don’t have any formal qualifications in finance, she says. But I do have a lot of experience working and saving and earning money.

While Queenie makes short, viral videos, Glen James of My Millennial Money is making podcasts closer to the one-hour mark. Glen, once a practising financial adviser; now a content creator himself, has been watching the FinTok space emerge. 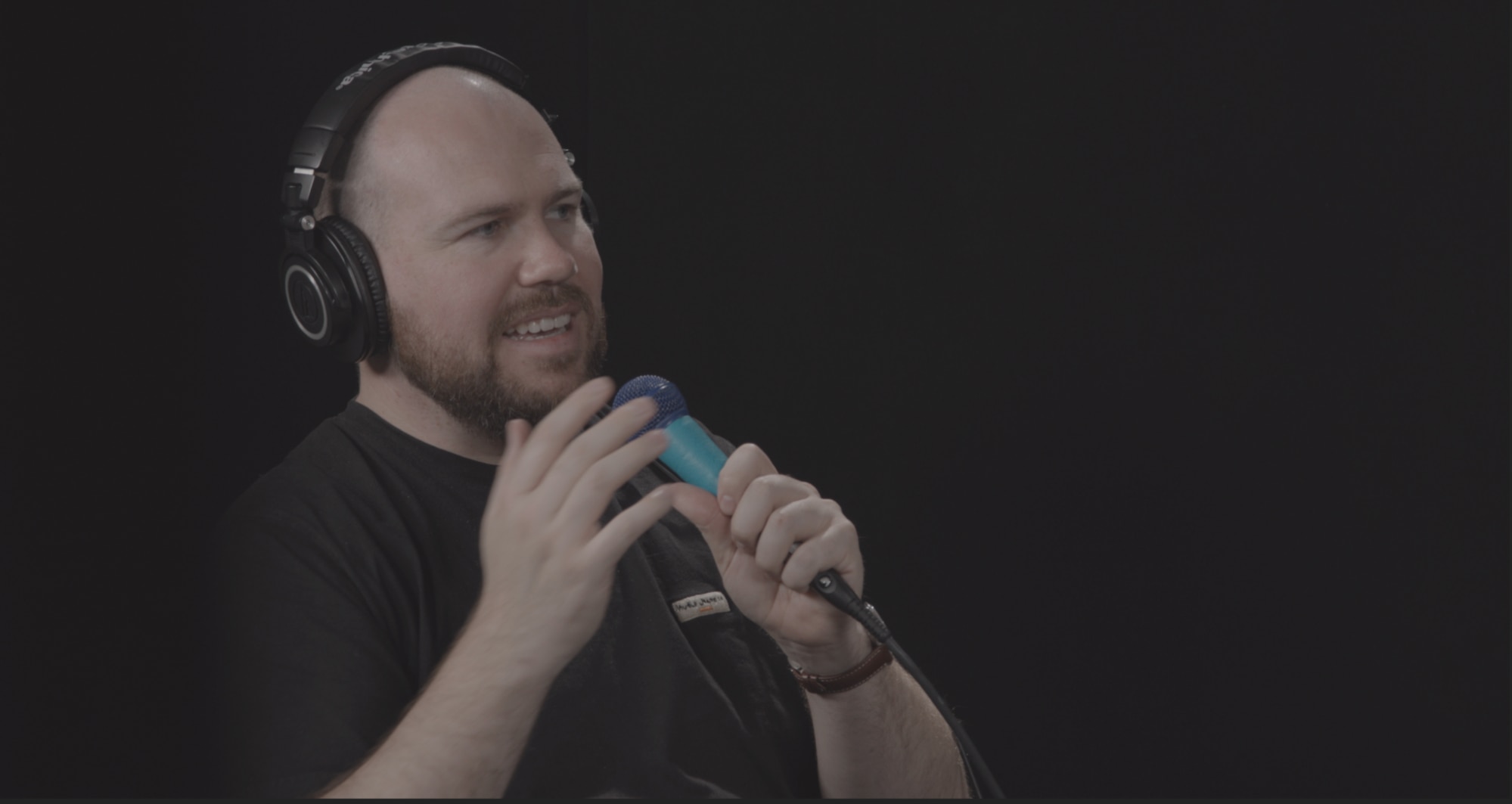 I think FinTokkers probably came to light … during the start of the coronavirus pandemic, says Glen.

So it really was a convergence of I’ve got more time because I’m at home, I’ve got TikTok to make content. I might have some more money because I’ve either got some supplements from the government or I’m not commuting, he says.

Put all that together and a nice smile and a cool bit of music and we’ve got some good FinTok content.

Is it all fun and games?

While Glen says FinTok can be fun and motivating for young people, he also has some concerns.

I have seen examples of people talking about…things that are actually incorrect, whether it’s the retirement age that you can access money from superannuation, age pension, structural things like that, he says.

Another concern for Glen is around affiliations.

In a TikTok video Queenie talks about her investment strategy. She says: We have $210,000 invested. If we never invested another dollar we will have $5 million in 40 years.

This is followed by a common call to action in the FinTok world: I have an affiliate link in my bio if youd like to check out the platform we use to automatically invest. Like and follow for more! 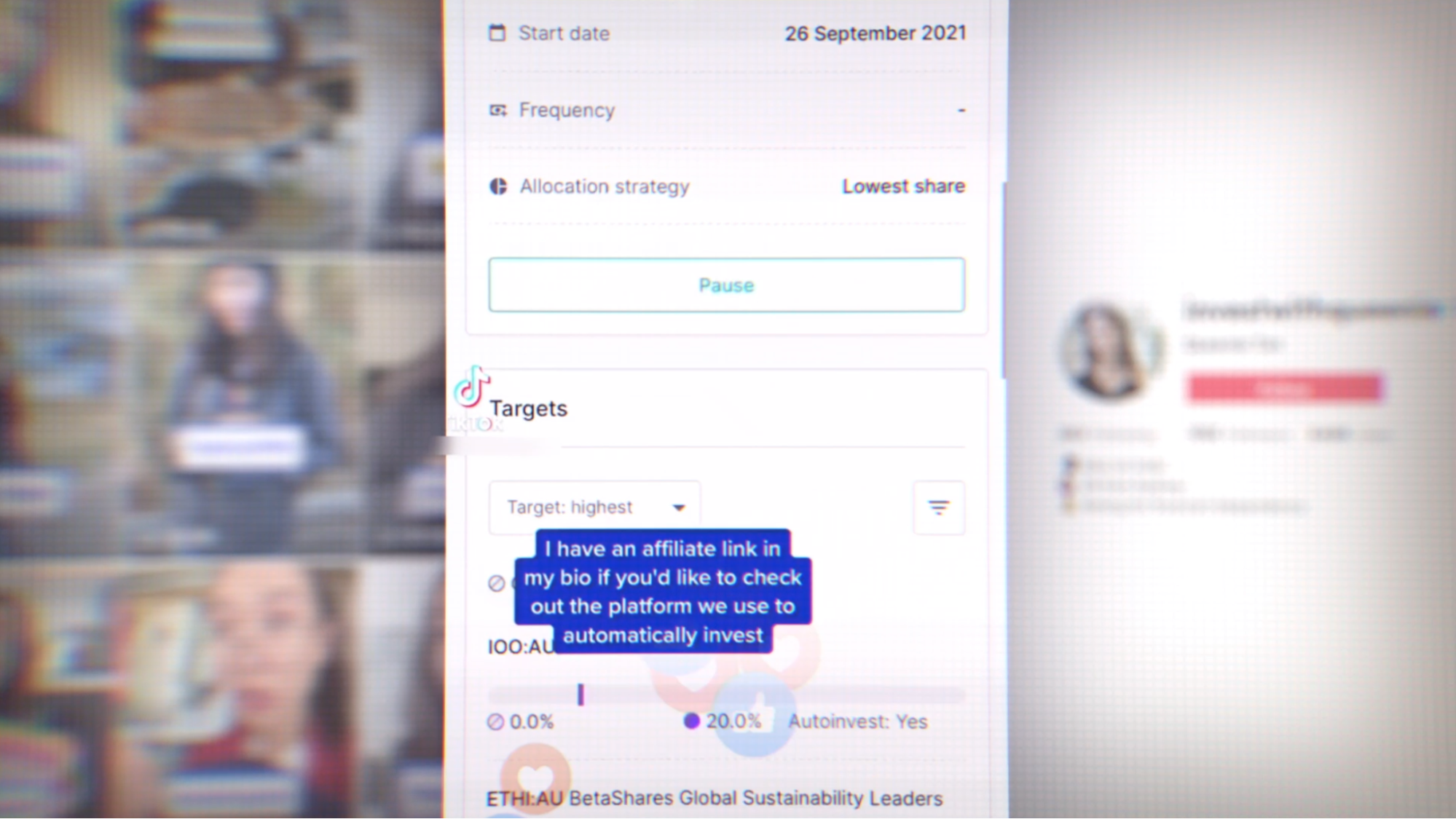 This is known as affiliate marketing. Glen says this model can be, a little bit fraught with danger.

Affiliate marketing is 100 per cent performance based, says Glen. You’ve got more of an incentive to get your viewers, your listeners, or whatever it is to sign up to this product.

Queenie says that for her, the important thing is transparency.

So whenever I do talk about an affiliate, I always do say the word affiliate and I do express the nature of the affiliation, she says.

The quest for financial freedom

Finding financial freedom is a common idea in the FinTok world; idealised by young people breaking the mould of 9-5 hours and conventional career progression. This is a world of hustle culture; selling brand-name shoes online to make a profit, and crypto trading; where the right meme coin could earn you unprecedented gains.

For Queenie, financial freedom came from giving up her job in a marketing start up to pursue content creation full time.

My partner, Pablo, and I, we have a lot more freedom now. We don’t have a super crazy fancy lifestyle or anything like that, but the freedom is something that has been really important to us, she says. 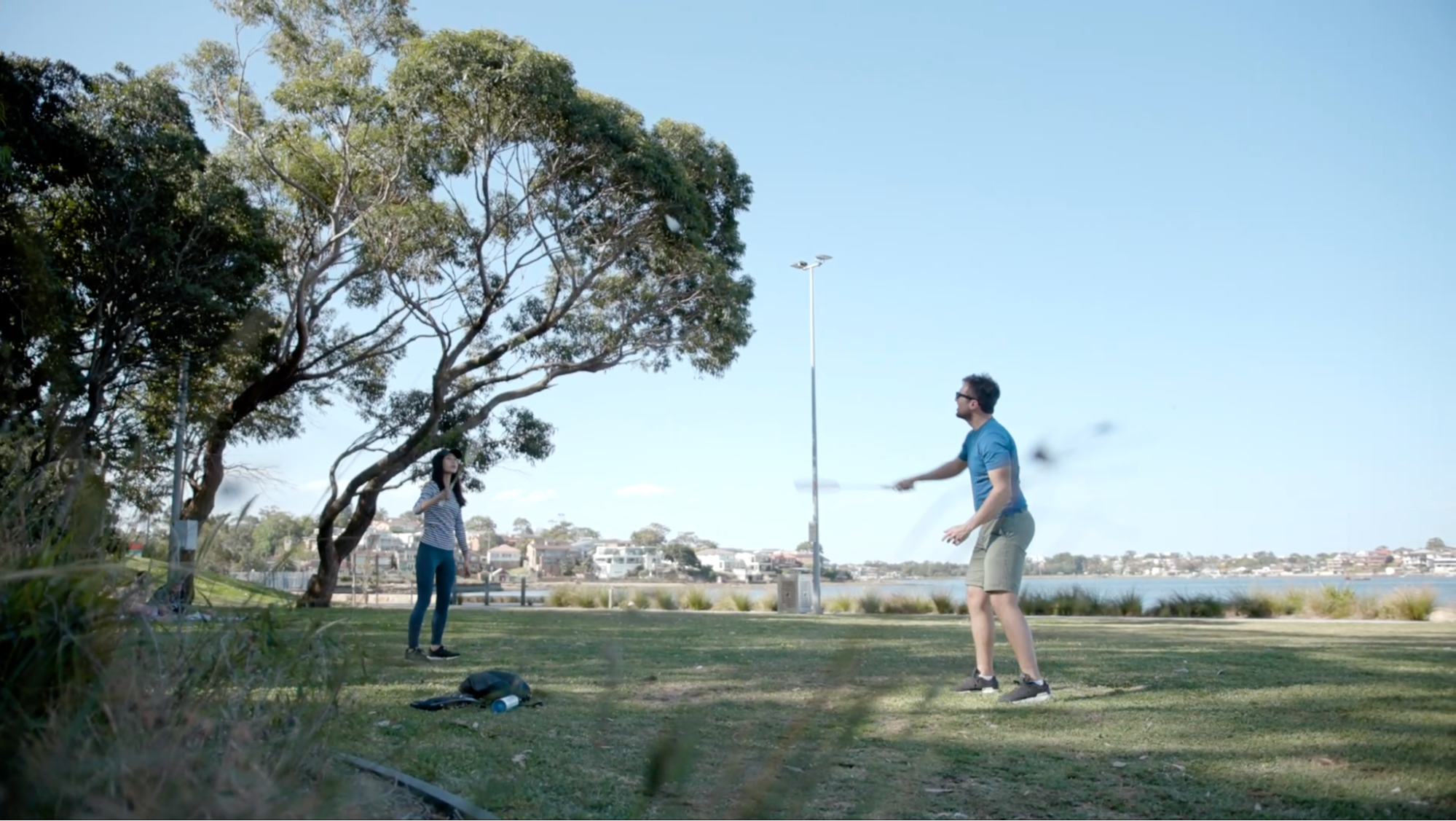 Queenie and her partner Pablo playing badminton in the park

Queenie and her partner live in their own apartment, modestly furnished to suit their humble  life. In her content she often talks about living frugally, and the financial lessons she gained from growing up with a single dad.

While TikTok does have an array of content related to living frugally, it also provides insight into lifestyles defined by opulence and indulgence.

Through Kardashian-esque reality TV style content, the Australian influencers Mikaela Testa and Anna and Atis Paul together have more than two million followers on TikTok. 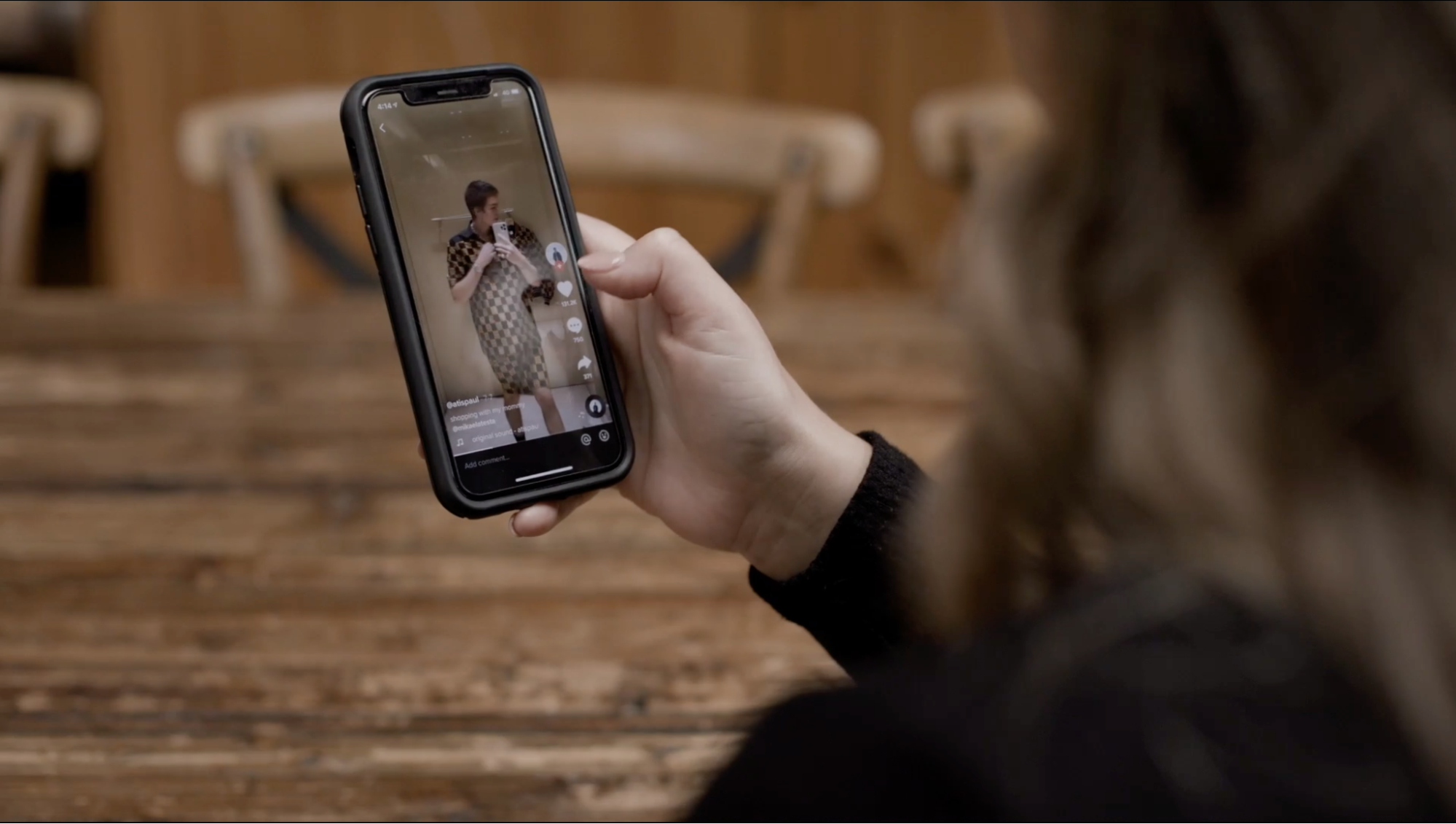 And I think what really drew me to their content was they admitted that they didn’t start off with very much …and all the wealth that they have now is sort of what they’ve built themselves.”

This almost rags to riches narrative, meant that when Atis Paul started speaking about a crypto group for his followers, it got Lisas attention.

And really it started with I’ve got all this knowledge and I’m making all this money for me and my family and some of my friends. But like, everyone should participate in this. Its not hard to do, she says.

So Lisa signed up to Atis Pauls Crypto group, which he runs on Only Fans. He promotes it with the line; Heres Exactly How I make 6 Figures With Crypto. 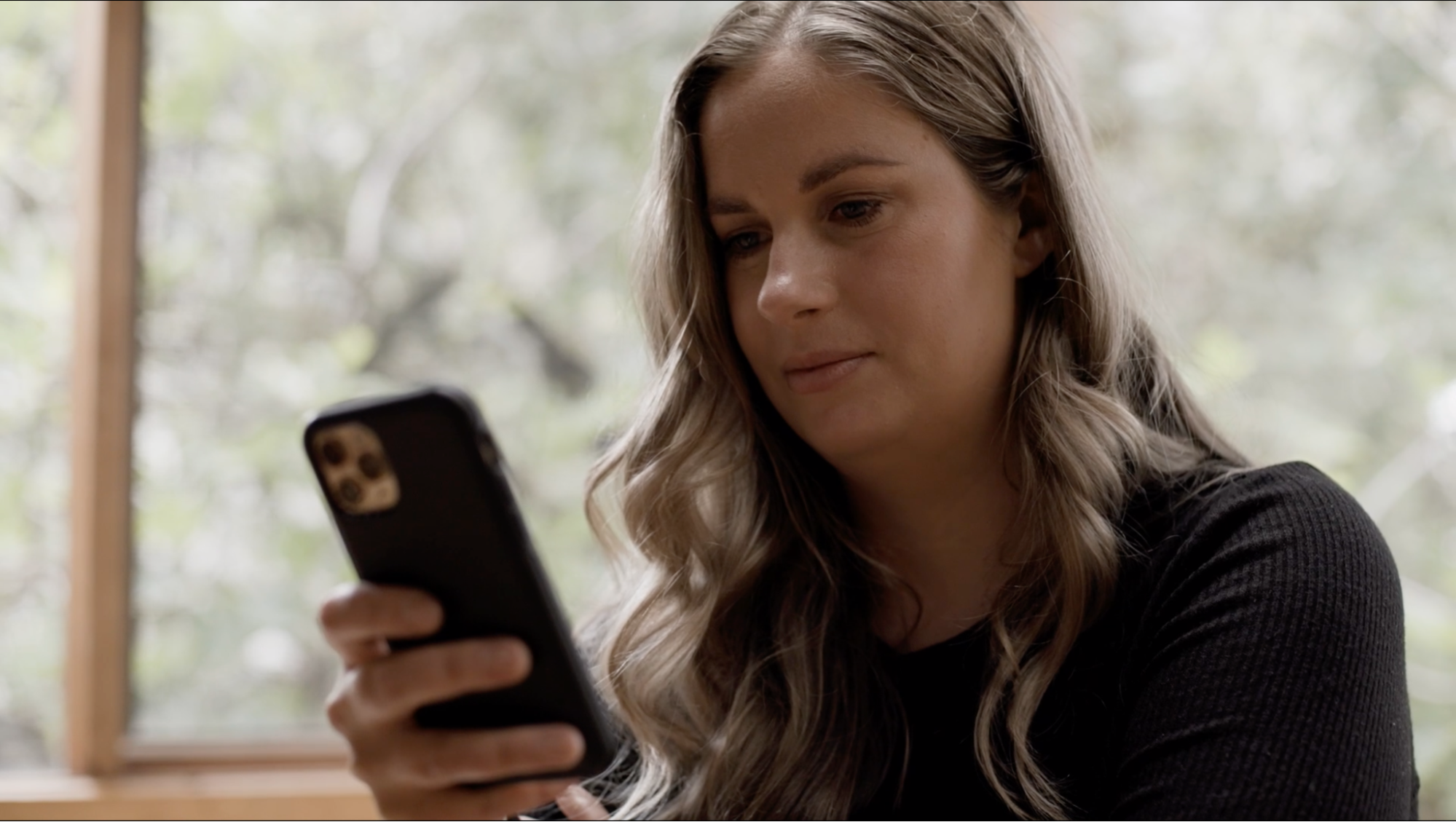 Lisa scrolling through her TikTok

Lisa says she felt deceived from the get go.

This sounds really silly, she says. But the $49 subscription fee was not in Australian dollars. It was in US dollars. So the subscription was actually about $65, $70 for the month.

Lisa was also surprised to see Atis asking for a $100 tip for personalised information.

When Lisa joined the group, she expected help and guidance from Atis. But she noticed there were lots of people asking some pretty basic questions.

And I thought that a lot of those questions just kind of went unanswered, she says.

In particular, Lisa remembers a woman saying she was $13K down on her investments, and was looking for reassurance that things were going to bounce back.

And that for me, I think screams of just how much this can really influence someone’s life, says Lisa. And at the end of the day, I’m just imagining this kind of get-rich-quick scheme and people thinking that it’s a sure-fire bet when it’s absolutely anything but.

The Feed reached out to Atis Paul for comment, but he didnt respond by the deadline. In his Only Fans group, he says hes not offering financial advice – and that hes not a financial adviser.

The financial world is starting to look to FinTok and ask how we should be regulating this space. ASIC, the financial regulator, has said it would be undertaking a review of financial influencers or finfluencers. In a written response to a House of Representatives inquiry they wrote, we are concerned that inexperienced investors may be increasingly acting on financial advice from unlicensed providers.

This came after the Financial Services Minister Jane Hume said at an industry conference that Australians should be trusted to make their own decisions.

A TikTok influencer is Generation Zs Paul Clitheroe or Scott Pape, she said. The TikTok influencer spruiking Nokia is not that different to the bloke down at the pub who wants to tell you all about the really great company he just invested in but with a much louder voice.

In July TikTok introduced its own policy, banning users from promoting financial products, including cryptocurrencies. While TikToks ban on promoting crypto might stop influencers from spruiking crypto on its own platform, there isnt anything stopping them from providing information about crypto elsewhere online.

In Australia, you do not need a financial services licence to talk about many cryptocurrencies (although there are crypto-assets which fall under a different category of regulation). So your Bitcoin, your Ethereum, Doge Coin, you know, Glen Coin, all the different types of coins, they’re not considered a financial product, says Glen.

According to Glen, one reason regulators could be struggling with this space is that they dont understand the platform itself.

It’s coming up against regulation that was written by a completely different generation, he says.

While regulation catches up with the whole new world that is FinTok, finfluencers are doing their best to operate legally within the space.

I did speak to a few lawyers in the beginning just to make sure that what I was doing was okay and I wasn’t breaking any laws, says Queenie. There’s nothing stopping you from saying what you invest in, what you do with your money.

According to Queenie, this generation has had a tough time; going through unprecedented economic turmoil during the pandemic.

But there are also a lot of positives as well because investing now is so accessible, she says. So I guess I wanted to …help young people know about all these things available to them so that they too can get ahead.

9 of the best affiliate programs for making money in Australia

How to start with affiliate marketing